Bicyclists can have many potentially dangerous encounters while enjoying a recreational ride or going to work or the store. One situation is commonly referred to as “dooring.” Dooring refers to what happens when someone in a car opens the door and hits a bicyclist who’s passing where the door is opened. Depending on the severity of the contact, including the size of the door, the velocity at which the door was opened, and the speed of the oncoming bicyclist, this can lead to injuries as minor as bruises and scrapes to major injuries including broken bones, traumatic brain injuries, and internal bleeding.

It would seem logical that the person opening the door is fully liable. But these can be surprisingly complicated cases that benefit from having an experienced personal injury attorney on hand. Here’s what you need to know.

What Does New York Law Say About Opening Car Doors?

The law in New York says that someone who wants to open a car door on the side where there is moving traffic essentially needs to yield to that traffic. In other words, they shouldn’t open the door until there is enough space between oncoming vehicles to open the door without causing a problem for the oncoming car.

For the other side of the car, passengers, including bicyclists, must also yield to oncoming traffic. Regardless of where someone is in a car, they are legally required to carefully look behind them before opening a door.

Dooring often happens when a cyclist is riding along the side of a street where there are parked cars. If there’s a bike lane between the street and the sidewalk, the cyclist will often be hit by a passenger exiting a vehicle. If there’s no bike lane and the cyclist is riding between traffic and parked cars, they may be hit by someone opening a car door, or they may swerve into traffic when they see the car door opening and end up being hit by another motorist.

Is the Person Opening the Door Usually Liable for Dooring Accidents?

Usually, yes. The law can be interpreted as meaning that someone in a vehicle is required to exercise caution and look for oncoming travelers, including bicyclists, and allow them to pass before opening the door. There are sometimes cases where the person who opened the door tries to claim that the bicyclist had enough room to avoid the car door and should have done so or that they weren’t looking at were hit through their negligence. This can be difficult to prove; unless there is video footage of a cyclist looking in another direction or doing something like reading their phone and missing the fact that a car door was being opened ahead of them, the claim that the cyclist was negligent may not stick.

How Do I Prove the Person Opening the Car Door Is Liable for My Dooring Injury?

There are four legal elements to prove the person who opened the car door is liable for injuries the bicyclist sustained from being hit by the door. All four must be proven for the person opening the door to be deemed fully liable.

What Should I Do if I Was Injured While Biking by Someone Opening a Door on a Parked Car?

First, if you’re able, call the police to file a police report, as that may be valuable evidence if there are going to be claims or lawsuits. Be sure to get medical attention right away. Even if you feel fine, have a doctor check you out, as some injuries may not exhibit immediate symptoms. Then call us as soon as possible at 516-622-0606 for a free case evaluation.

When injuries are present, it’s essential that you don’t talk to anyone representing the person who hit you. Their job is to reduce their client’s blame as much as possible, so they may ask leading questions to try to make you say something that could be construed as accepting responsibility for the accident. Or they may want you to accept a far lower settlement than you may be eligible for. Refer all communications to your attorney.

What If I Can No Longer Work Due to My Disability?

How Long Does Whiplash Last After a Car Accident?

How Do You File a Personal Injury Claim in New York? 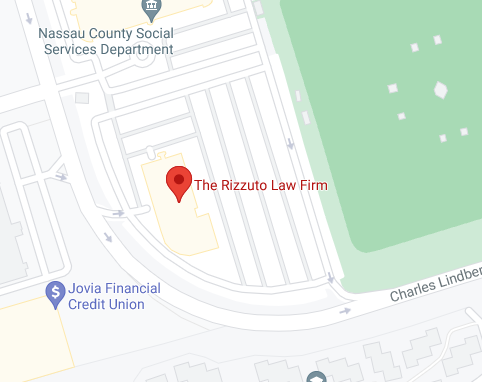